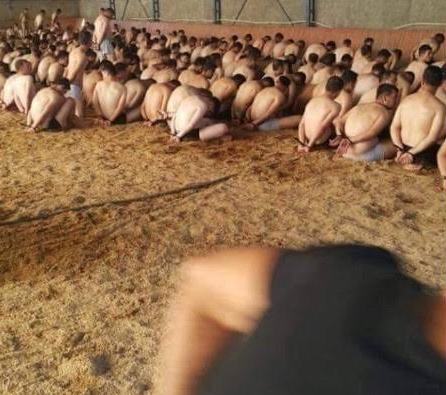 As many as 27 top Military men accused of masterminding the failed Military coup attempt against Turkish President Recep Tayyip Erdogan’s government will appear in court on Monday. Over 6000 soldiers have been arrested and stripped almost naked as President Erdogan refused to rule out the death sentence for those involved in the ill-fated takeover attempt on Friday. 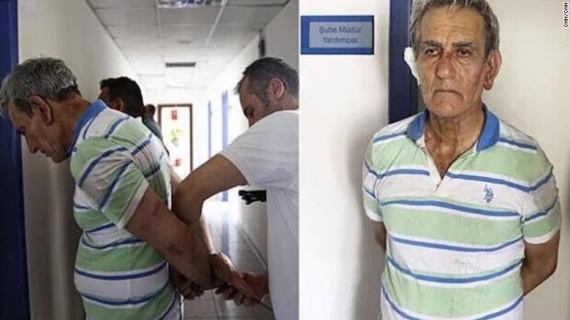 The army personnel look to have been stripped of their uniform as they lay on the floor on an indoor basketball court in Sirnak, east Turkey, handcuffed as officials loyal to the Government look over them.

Only the 27 top military officials will see lawyers, the other 6000 arrested soldiers will not be able to see or meet lawyers until they arrive in court.
Hundreds of judiciary members have been removed since Friday’s uprising, which left at least 290 people dead and more than 1,400 injured in a chaotic night of violence. 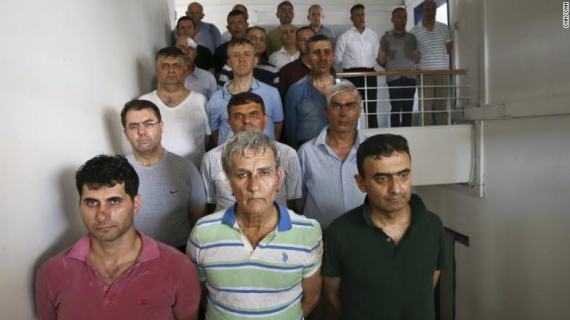 On Sunday, speaking at a funeral on Sunday held for some of those killed during gunfire — including the brother of his chief adviser, Mustafa Varank — Erdogan said he did not rule out bringing back the death penalty for the coup’s perpetrators.
As the crowd chanted “we want the death penalty,” he said, “we can’t ignore the people’s request in a democracy — this is your right.”
“This right has to be evaluated by the appropriate authorities according to the constitution and a decision can be made,” Erdogan said in the address broadcast live on TV.
“It is not anything ordinary that my young brothers lay under tank pellets; this is a manifest of faith,” Erdogan said.
He also asked supporters to stay on guard.
“You should fill the squares. This isn’t a 12-hour operation. We will continue determinedly.” 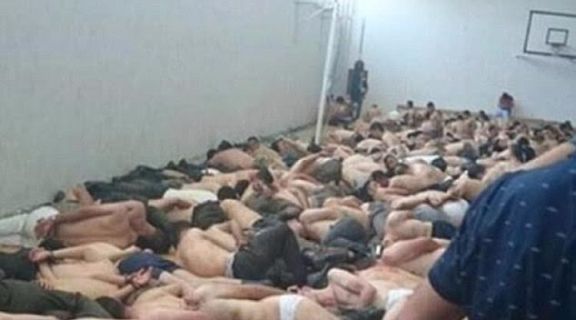 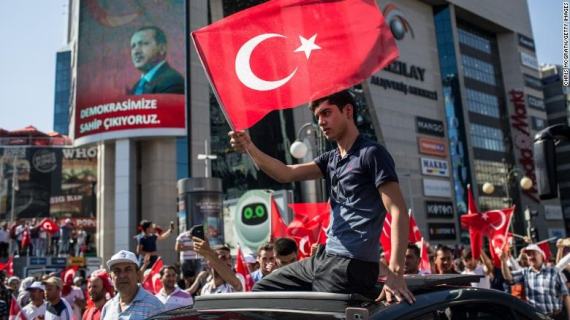 Lagos set for 2020 African Cultural Season in Paris as envisioned by President Macron.

Consider Juju As A Means For Fighting Corruption – Yeni

Lynxxx Celebrates Another Year Of Change By Grace

“I Used To Sell Pepper Soup After School” – Annie Idibia

Lagos set for 2020 African Cultural Season in Paris as envisioned by President Macron.

Consider Juju As A Means For Fighting Corruption – Yeni

Lynxxx Celebrates Another Year Of Change By Grace

“I Used To Sell Pepper Soup After School” – Annie Idibia

‘The Silver Spoon’ Acted And Directed By Desmond Elliot

Funke-Akindele Bello Treasure Has Been Hijacked!